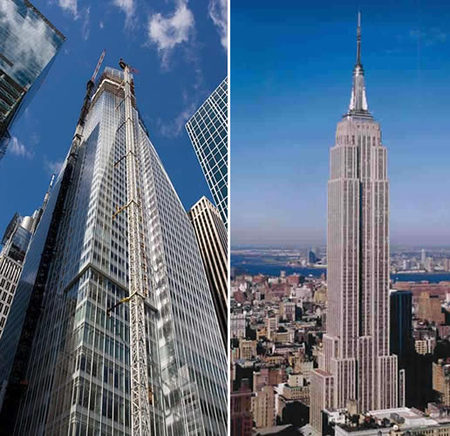 The Big Apple is getting a facelift, environmentally speaking, and is going from dangerous red, to clean green. To start with, the cities two tallest sky scrapers will go green, with retro-fitting. The second tallest building, the Bank of America, last week won the platinum rating from the U.S. Green Building Council, the first commercial building of its kind to ever do so. Completed in 2008 at a cost of $2 million, the building, 54-story high, uses a 4.6-megawatt power generation plant and is self sustained. It was also made out of 87% recycled materials with concrete from 45% recycled content. This tower at One Bryant Park co-owned by Durst Organization, saves 8 million to 9 million gallons of water every year with rainwater capturing, water recycling, and waterless urinals. Also New York’s tallest building, the Empire State Building is aiming for the green stamp, with retro-fitting since last year, to reduce energy usage by 38%. The Big Apple is destined for a green horizon.
Source