Romag’s PowerPark to use solar power to charge electric cars 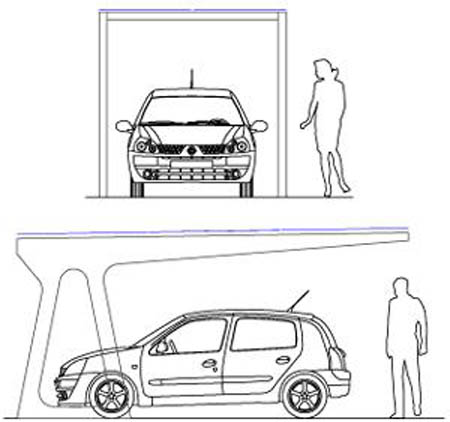 Romag Holdings has discovered a solar powered canopy that will be a recharge bay for electric cars in open-air car parks! They use a system called the PowerPark that will have a panel of PowerGlaz photovoltaic modules standing above a car parking bay which will generate electricity to charge electric vehicles. Places the company is going to target are air ports, stations, supermarkets, shopping complexes, offices and public buildings that will encourage people to use electric vehicles and hence save the environment from collapsing under the hands of tech-thirsty humans.

Romag says the system will be very competitive in price when launched. The first prototype PowerPark is planned for completion by the end of this month. The company is also set to develop the UK’s first solar PV training and business center at its headquarters.
Source