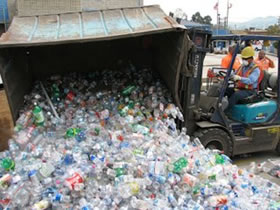 Hopefully this raft, named ‘Junk,’ will raise public awareness of this issue. With more responsible recycling and waste handling, we can prevent our trash from ending up in bodies of water. We just hope that the raft does not end up being the junk that it wants to get rid of in the first place.
Source