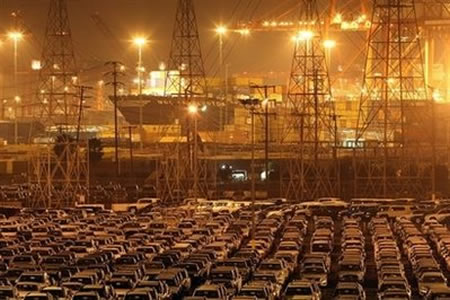 The land of rising sun made way for the world’s first cargo ship partly propelled by solar power to hit the seas. Fitted with 328 solar panels for a whopping price of $1.68 million, freighter Auriga Leader took off from a shipyard in Kobe. Developed by Nippon, it has room for about 6,400 automobiles that need to leaves the shores of Japan for other countries. For start, the solar powered ship will vehicles being sent for sale overseas by Japan’s top automaker Toyota Motor Corp. It is asserted that the 60,213-tonne, 200-metre (660-foot) long ship is the first large vessel in the world with a solar-based propulsion system.

The shipping industry has come under growing pressure to take part in efforts to curb global warming, due to carbon emissions. And to counter this menace, the solar panels on this green freighter promise to generate 40 kilowatts. Though this enough to cover only 0.2% of the ship’s energy consumption for propulsion, there seems to be a ray of green hope for the future as the company officials said they hoped to raise the ratio.
Nippon Yusen, Japan’s largest shipping company, has set a goal of halving its fuel consumption and carbon-dioxide emissions by 2010.
Source