Mavizen, the British company behind the eGrandPrix launched the world’s first electric supersport bike at SEMA Show 2009 in Las Vegas. Superbike TTX02 will also be world’s first geeky bike with integrated IP connectivity. This model is surely futuristic not only because of integrated technology and advanced capabilities but also because it is electric and eco friendly. 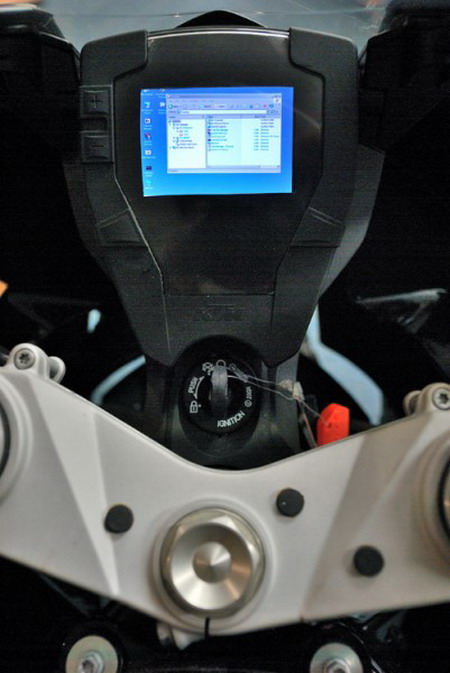 Superbike TTX02 touted to be a ‘laptop on wheels’ is powered by lithium-ion battery and two electric motors. The outer chassis is extremely stylish based on KTM RC8 bike model. The limited edition of this superbike will be available from April 2010 and will cost whopping $40,000. Mavizen plans to roll out 50 bikes to begin with.
Hope Mavizen and other companies will make street bikes and we enter a green world where motorcycles will zip through lanes without choking lungs. The only problem with going technologically green is that it comes with a huge price tag!
Via Gas 2.0