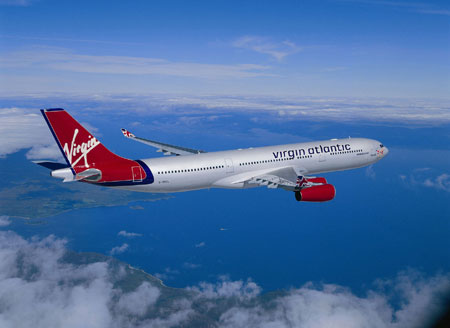 So who’s the greenest airline of them all? Read on! Recently, Greenopia released a list of the greenest airlines around, taking into considerations facts like adoption of fuel conservation practices, progress of alternative fuels, recycling programs, green food options, green building design and carbon offsets. Virgin topped the list, with its sparkling new and obviously most advanced and clean fleet. The airline earned itself three leaves from Greenopia, followed by Alaska and Continental Airlines, each with three leaves.

Here’s why Virgin Airlines topped. A good fleet with better fuel efficiency, sole use of biofuels, a practical recycling program and efforts to divert at least half of its waste by the year 2012 has placed this airline on top. Continental earned its leaves for its biofuel use and corporate reporting. Alaska Airlines, having retrofitted its planes and its green flying practices has earned its well deserved leaves too. Hopefully, more airlines join this list too in future for a greener way to fly.
[Greenbiz]