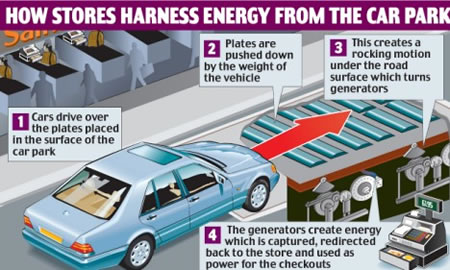 Now when you shop, your can be responsible to power the supermarket tills. As in with the weight of your vehicles that run over the road plates the counter tills can be given power. How? Well, at the Sainsbury’s store in Gloucester, kinetic plates which were embedded in the road are pushed down every time a vehicle passes over them. Due to this a pumping action is initiated through a series of hydraulic pipes that drive a generator. These plates can make up to 30kw of green
energy in one hour which is enough to power the store’s checkouts.

The system uses the same type of technology Formula 1 cars use to convert kinetic energy created during braking into speed. Apparently this system, if used on a larger scale on the roadway into theme parks, can also run the roller coasters. This idea must be sought as a great example and more corporate and business must engage it.
Apart from this green feature, the store is capable of harvest enough rainwater for flushing toilets over two years. While the solar panels heat water during the summer. How about shopping at such a green super market? 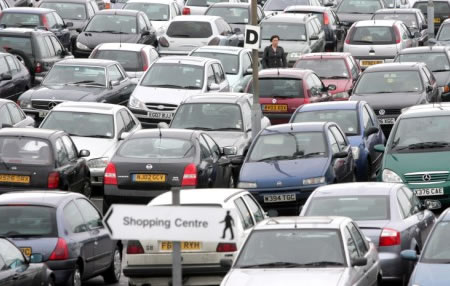