U.S. Army goes Green with a fleet of 4,000 electric vehicles 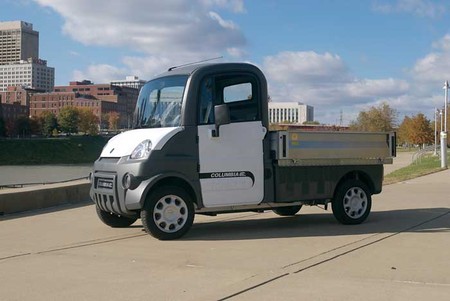 In this Green Age, it’s not only the green hued uniform that will render a green touch to the U.S. Army. It’s the (possible) acquisition of 4,000 neighborhood electric vehicles (NEVs), the largest acquisition in the entire country that brings the Army under the green scan. And this is just a fraction of the whole package that, if materializes, will support the Army with as many as 28,000 electric vehicles to over 155 installations. For a start, swapping 4000 fuel guzzling army vehicles with fuel-efficient NEVs will help save 11 million gallons of fuel over the 6-year service life of the vehicle and reduce carbon dioxide emissions by 115,000 tons.

Army for Energy & Partnerships in conjunction with General Services Administration is intending to open up doors for manufacturers to supply these green vehicles over a period of three years. The first six of the lot will be delivered to Fort Myer next week.
Thanks Lindy Kyzer