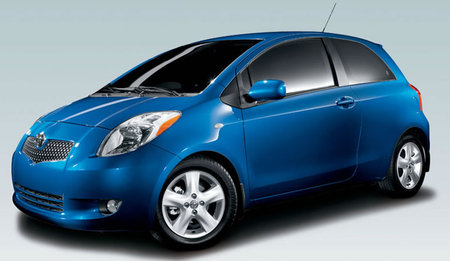 The Car Buyers’ Guide was first published by the ETA in 1992 in response to requests from its growing membership and has since become the environmental benchmark for the car industry and the public, championing the greenest cars in Britain. After looking at 1300 models of cars which are currently in sale in Britain and comparing their power, emissions and fuel efficiency along with the noise they produce, only one car stand as number one green vehicle. The Toyota Yaris has been named Green Car of the Year 2008 by the Environmental Transport Association. The least green car is the Dodge SRT-10 sports car.

The announcements come ahead of the start of Green Transport Week. The results are as follows:
Overall Winner: Toyota Yaris
Category Winners
· Supermini: Toyota Yaris
· Small Family: Honda Civic
· Hybrid Small MPV: Renault Modus City: Citroen C1
· Large Family: BMW 3 Series 320d
· Saloon Sports: Vauxhall Tigra, MY2008
· 2-door Convertible MPV: Peugeot 207 SW
· Outdoor Executive: BMW 5 Series 520d
· Saloon Off road: Toyota RAV4
· Luxury: JAGUAR XJ 2.7L Diesel Saloon
As well as recognizing the best performers, the guide ‘names and shames’ the worst offenders in terms of damage to the environment with the 8-litre-engined Dodge SRT-10 being named overall worst car. This is does not include the Lamborghinis or because not many own these gas guzzling supercars and because they are rich, so obviously can’t afford being in any bad lists.
Source