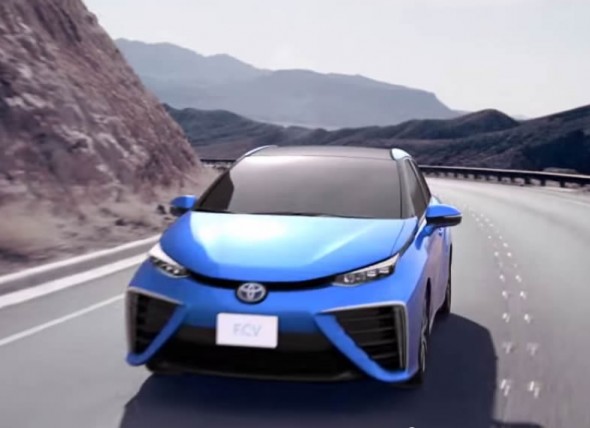 We’ve all come to accept the fact that the Tesla Model S is a car that’s unlike any other. This electric sports mobile has never faced any competition from its peers, until now. Toyota, also known as one of the biggest car manufacturers in the world, recently unveiled its own brainchild to compete with the Model S. However, unlike Tesla, Toyota won’t be going completely electric and will instead settle for a fuel cell powertrain.

“Hydrogen is a particularly promising alternative fuel since it can be produced using a wide variety of primary energy sources, including solar and wind power,” said Toyota. “When compressed, it has a higher energy density than batteries and is easier to store and transport.” Toyota’s baby sports a jaw-dropping cruising range of 435 miles!