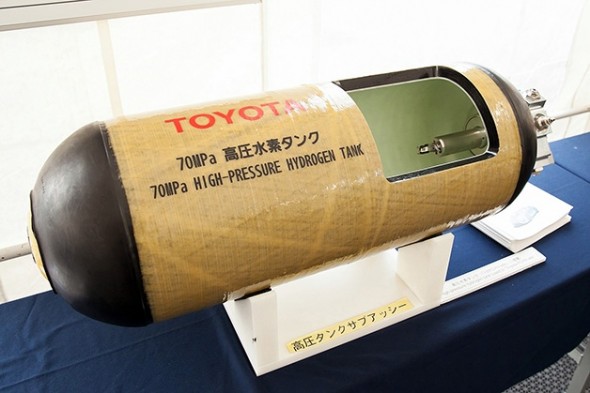 The safety and practicality of using hydrogen powered cars has long been questioned, given the fact that carrying hydrogen in the boot of a car isn’t particularly the safest means to power up journeys. As a reassurance to the automotive industry and to potential buyers, automobile manufacturing colossus Toyota recently shot bullets at the fuel tanks of a fuel-cell prototype. While small caliber gun bullets simply bounced off the carbon-fiber tanks, .50 caliber bullets barely caused dents!

Now it isn’t bullets a bunch of skeptics out there are worried about. A crash could cause quite a lot of damage to a fuel tank of a hydrogen-powered car, resulting in collateral damage too. For now, these carbon fiber tanks seem reassuring enough though and Toyota has been cheekily showing off its FCV fuel-cell concept vehicle with a 300-mile range at car shows around the world off-late.