Toyota hush-hushed about a solar powered vehicle for the future 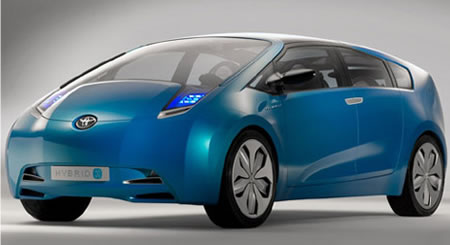 Come 2009 and we hope to look forward to more eco-friendly vehicles hitting the road. Toyota Motors is also keeping a green vehicle under wraps. The buzz is that the car maker is working on a car that will run on sun’s energy only. Going by The Nikkei’s reports, it is known that the company is working on an electric vehicle that will get some of its power from solar cells equipped on the vehicle, and that can be recharged with electricity generated from solar panels on the roofs of homes. The newspaper also claimed that Toyota is toying with the idea of a vehicle totally powered by solar cells. Although there is no official word from the auto maker about this green-rumor, we can only wait for the leader in green technology to fulfill such green expectations in the near future.
Image For Representational Only
Source