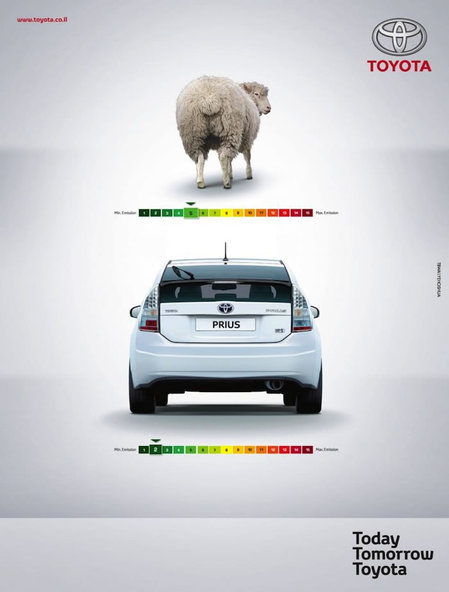 We all know what a Prius is. That lovable little car by Toyota that’s as clean and green as any vehicle on four wheels can get. It’s been around long enough for sales to top the 1 million mark and sport solar panels too! And now, Toyota has decided to push up sales with some pretty innovative, somewhat disgusting, and hilariously educating advertising. The Israeli arm of Toyota recently came up with an advertisement that showed “just how clean” a Prius really is. It effects the environment much less than a sheep with a bad stomach probably does! Yes, you’ve guessed it right. A sheep with a flatulence issue wrecks more havoc in the environment than the little lovable Prius.

What Toyota forgot during this comparison though is, the Prius gives no wool! And yes, they’ve also forgotten considering the driver’s noxious emissions. Witty advertising though.
[Jalopnik]