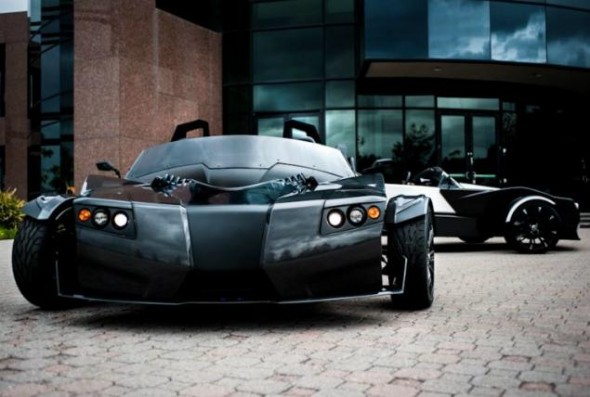 Whoever said electric cars were slow is in for a shock. With a company name that fits its expertise, Epic EV recently unveiled the TORQ Roadster, a super-powerful electric car that puts most of its gas-guzzling peers to shame. Termed the fastest electric car ever created in the history of mankind, this one uses a tricycle-like design and sports only three wheels, two up front and one behind. The car is capable of touching the 60mph mark in just four seconds and requires no drop of acceleration on turns!

The car’s electric engine spouts out more than 400 horsepower and uses four-piston racing derived brakes along with an F1-inspired suspension and chassis set-up. Wrapped in carbon fiber, ensuring it stays light and drives quicker, the TORQ Roadster will launch on the 6th of April, 2013, and will be priced at a whopping $65,000.