Well this could be an inspiration to all. This guy just built a bike from the junk he found and that too powered by electricity. How and why? Well, recession made him lose his job and he had bags of time because of it. So why not do something useful. So out came the electric bike from junk. He did not stop there. He even made a charging station powered by solar and wind for the bike. Man! He has a lots of time. The charging station consists of solar as well as a small windmill. The wind generator can charge the bike at 250 watts per hour. But the solar cell can charge only a 1.5 watt per hour. There has been a lot of innovation and thinking as well imagination gone into this bike, like the seat of the bike is made from an old office chair. The bike is powered by a 2.5KW 48V motor and gets up to 50 mph. He has named the bike Electra Green. One thing, he has done a great job, I guess he should take this to the next level and commercialize it and probably give world bike companies a run for their money as well as less junk on the planet. Hats off to you Tony Parker! 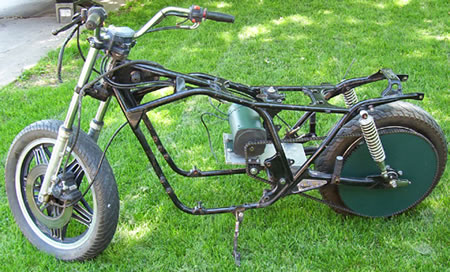 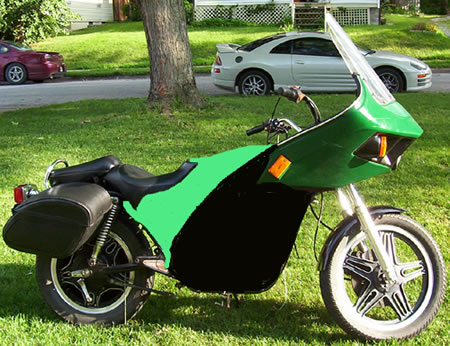