Three variations of the hybrid ë-mobile on display at Russia 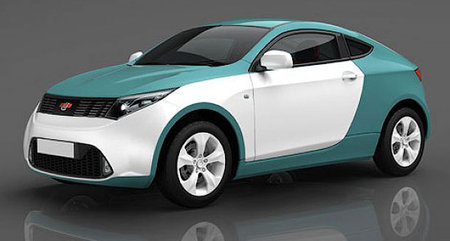 We’ve seen electric cars from all over the world before, be it the Leaf, or the Volt, or the Prius. And just a while ago, we heard of Russia’s very own hybrid minicar, built by billionaire, Mikhail Prokhorov. This car’s as true to Russia as Vodka is, and is sure to steal hearts world over. Known as the ë-mobile (pronounced yo-mobile), the car will be on display at a pavilion near Tverskoy Boulevard until January 11th, with all its three variants shown off. The car weighs in at 1,543 pounds with a max speed of 75 miles per hour and a range of 249 miles. It also boasts a fuel economy rating of 67 miles per gallon and will begin production in 2011 and 2012.

For a fat wad of cash worth $10,000, this little Russian hybrid can be yours!
[Autobloggreen]