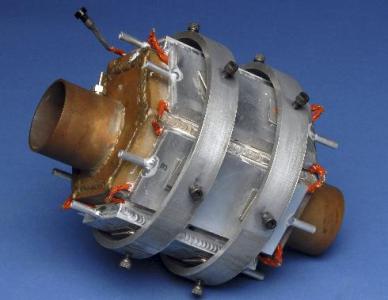 We already saw the cool jacket and the Dell XPS 710 H2C PC using thermal power to cool itself or power your mobile phone, well how about powering your car’s DVD player and GPS simply by using your car exhausts as the power source while you cruise the mean roads. An average SUV produces 15 kilowatts of energy in normal city driving, when cruising between 50 and 60 mph, the generator can produce about 800 watts of power, more than enough to provide power to most on board electronics and in some cases even the water pumps. Major auto companies are working on integrating the thermo electric system into new vehicles.

BSST is working both with BMW to prototype one such vehicle and Ford motor Co. is working on air-conditioning, where in it wants a passenger to instantly feel cool and comfortable by focusing air on say the neck in summer as this may save on additional power used to cool the entire vehicle. Honda motors are also funding research in thermal power but without setting up its own research into it not much can be said about where its focus lies.
Via