The first of its kind, electric superbike race in California, North America 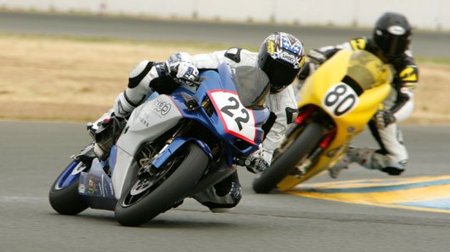 You’ve probably watched a superbike race before with those awesome chiseled bikes roaring across the racetrack to the finish line. Well, the TTXGP North America Round 1 that took place at the Infineon Raceway in California was a slightly different event, taken that the two-wheeled machines used in this one were silent, clean and green. This was the first electric superbike race to ever take place in the continent. Shawn Higbee mounted on a ZeroAgni bike crossed the checkered flag first, facing stiff competition from Michael Barnes, riding for Lightning Motorcycles, who unfortunately had to cycle through a reboot, though yet placing second. The third place spot was filled in by Michael Hannas of ElectricRacebikes.com. Motorcycle racing has never been a cleaner affair before. No smoky burnouts at this race.
Source