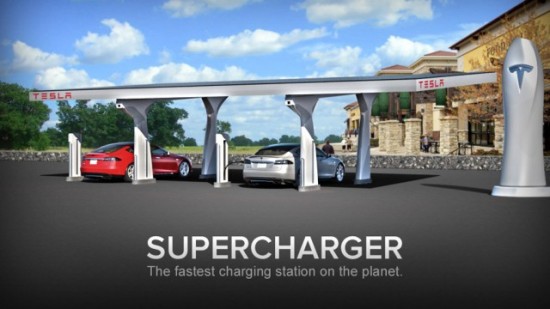 Tesla has been developing a Supercharger network on the quiet and has just pulled the veil off the first six locations that will sport the new technology. The new Supercahrger stations are located in California and around Nevada and Arizona. The network will enable Telsa’s Model S to travel far and wide, using quick-charging to its advantage. Using solar energy sourced from a solar carport system provided by SolarCity, Tesla’s Supercharger systems have been set up for a minimal cost. Also, the network will provide free energy to Tesla Model S users, making the car a perfectly green and efficient vehicle to drive. Tesla will soon set up more of these Supercharger stations at locations around Vancouver, San Diego, Miami, Montreal, Los Angeles and New York.