Tesla sells more cars in Norway than Ford in 2014! 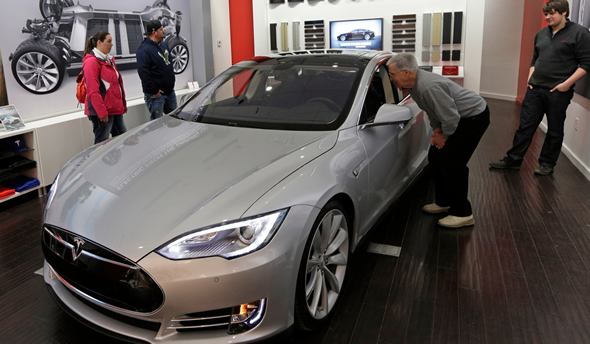 Aah, Tesla. That cheerful automaker that has managed to silence most of its peers with its revolutionary electric cars has done it again. The company’s Model S has won favor globally from car aficionados, who’ve crowned it to be one of greenest ways to ride. The car has been extremely well received in Norway and nearly 1493 Model Ss were sold in the country just last month alone! That’s twice as much as the number of VW Golfs sold last month!

Since the beginning of the year, about 2056 Teslas have been sold, putting the company well ahead of the globally bestselling brand, Ford, given the fact that Tesla has sold more cars in Norway this year than Ford has! We’d like to see more countries follow suit and favor EVs over gas-guzzlers, given the fact that electricity is indeed the way ahead!