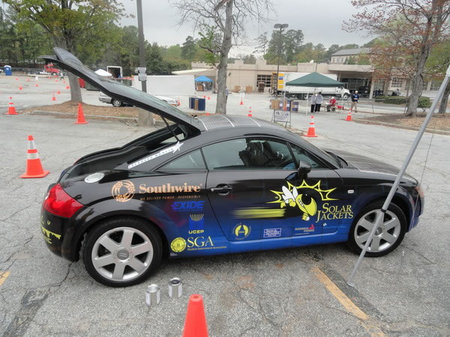 The fast and tiny Audi TT just had a green makeover, this time chiseled out by the students of Georgia Tech, the Solar Jackets team. The TT was converted into a solar-assisted electric vehicle to participate at the World Solar Challenge in Australia. Using two batteries with the smaller one juice by the solar panels and the larger one charged up by a home electric socket, the first battery is used to power up the power brakes, power windows and power steering while the other runs the drivetrain. To be held in October this year, the race will cover six days, beginning from Darwin and Adelaide.

The Audi TT has never been all this green before, and the company should seriously consider pulling out a model with the same features from its car sheds.
[GreenOptimistic]