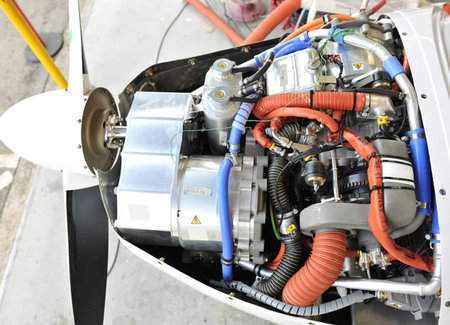 Bringing a bit of green to the skies above, Siemens in partnership with Diamond Aircraft and EADS has just pulled the veil of the world’s first high-flier with a series hybrid propulsion system. The airplane, a two-seater called the DA36 E-Star, uses revolutionary series hybrid technology that helps it pull down its fuel consumption and emission rate by a sweet 25%. Based on Diamond Aircraft’s HK36 Super Dimona, this one uses a 70 kW electric motor by Siemens and a Wankel engine by Austro Engine that powers the motor.

The DA36 E-Star has stayed up for about two whole hours during test runs and also nestles a battery pack that charges up while the green aircraft is cruising. With this, we can’t help hoping one of the most polluting industries in the world to finally receive a green face-lift.
[Autobloggreen]