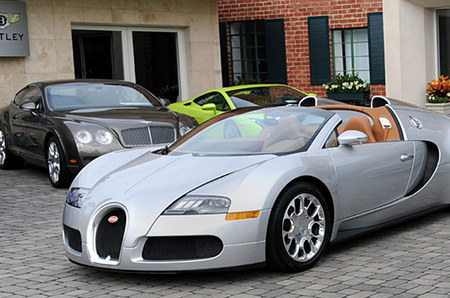 Rumors are running wild. And they out to, taken that Bugatti are planning to cease production of the iconic Veyron supercar. That’s left everyone wondering what the automotive company will come up with next. Another machine we can drool and dream about? Hopefully! Rumors of a 1,200-horsepower Super Veyron have surfaced too. And according to a few, the company is working on a green supercar, pushing the extremes of battery power to a whole new level.

A test car, based on Bently’s Continental GT is under tests currently, using two electric motors and a high-tech lithium-ion power cell that will when combined deliver 800 horsepower and 1,600 lb-ft of torque. And this isn’t the first time Bugatti is going electric. They’ve tried it before with the Type 56 in the 30’s which received a good enough response. An electric supercar by Bugatti in the future sure seems likely.
Source