Portland is the first city in the US with Bike Counter 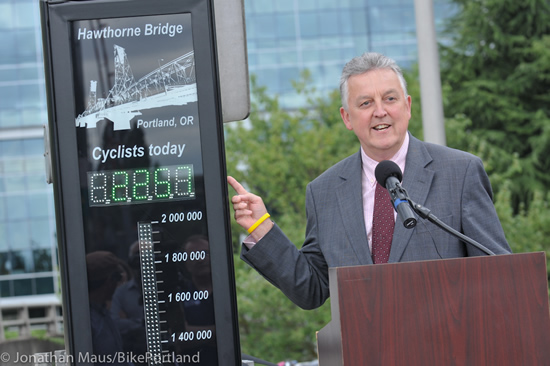 Copenhagen maybe the cycle hub of the world, but Portland in US is all game to get its number of cyclists up too! A generous donation from Cycle Oregon has bought the city of Portland a European style bike counter on the old Hawthorne Bridge as part of the company’s 25th anniversary. The ‘birthday gift’ to the city of Portland will count the number of cyclists that go on the track, encouraging more number of people to live a healthy lifestyle.

The Portland cyclists seemed pretty excited about their new mission of being one among the thousands hitting that track. Whether or not it is the first bike counter in US maybe disputed, but it is definitely a great initiative that will ensure more number of people ditch their cars and take to the bicycle! 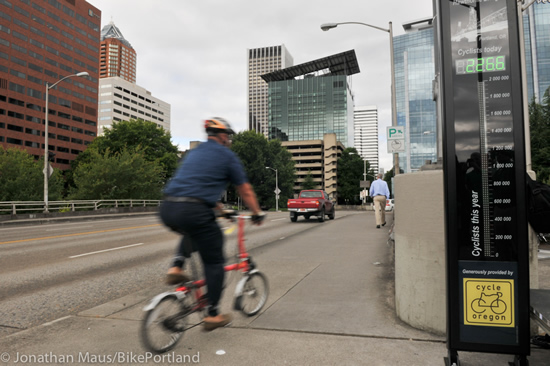 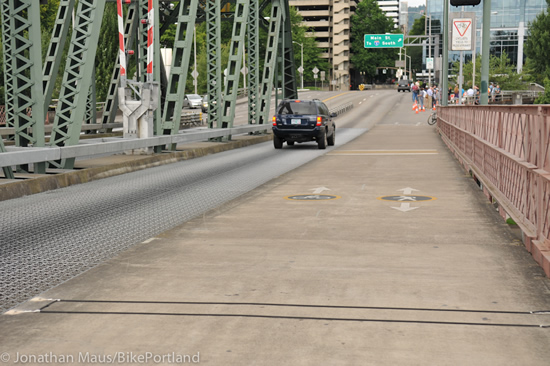