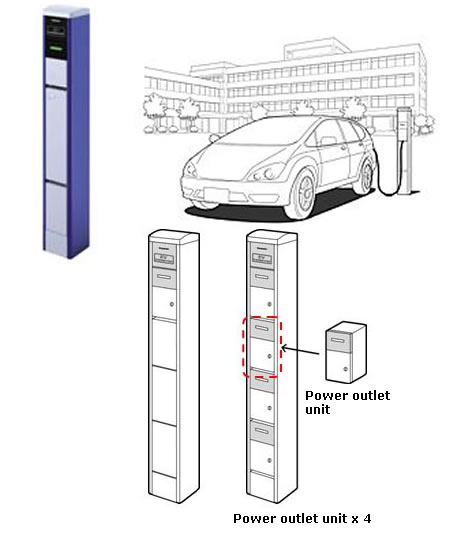 Panasonic has announced that it will be developing a battery charger with a 200V power outlet for electric vehicles which will be available from June 2010. Elseev, the name given to the charger can be installed outdoors and is mainly for the public facilities like municipal offices and libraries and also parking areas of private companies. The dimensions of the charger are 280 x 210 x 1600mm and have one 200V outlet unit. There is a key lock and also an interlock for added safety. The price of the charger is expected to be 200,000 Japanese yen which is approximately US$ 2200. The company is also planning such type of chargers for individual houses but that will a little later most probably when EV and hybrid vehicles become a common sight.
[Techon]