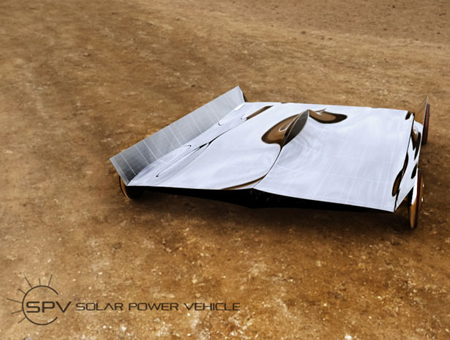 Remember the Silver Surfer who showed up in the Fantastic Four flick? This vehicle we just stumbled across could make for the perfect ride for the planet destroyer, if he ever did chose to jump off that gleaming surf-board and chose to drive instead. Called the SPV (solar powered vehicle), this futuristic contraption on wheels is powered by solar energy and uses flexible thin-film modules on its aluminum structure to power up. By designer Omer Sagiv, the SPV is sleek and shiny as ever and is seriously energy efficient too. However, its sheer size and uniqueness doesn’t really make it for an ideal way to travel to work, particularly on a rainy day!
[tuvie]