NYC’s yellow cabs are halted from taking the green route 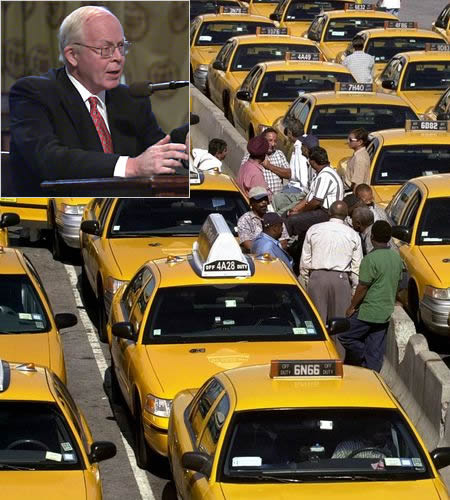 The New York City is in news for reasons not so green! The much pursued proposal of turning the signature yellow NYC cabs to green has come to a halt. A federal judge has dared to defy Mayor Michael Bloomberg’s intentions of running eco-friendly yellow cabs on the roads by 2012. Though Bloomberg is fuming with anger and New York with pollution, it is the Metropolitan Taxicab Board of Trade that has filed a lawsuit against this green move. This trade association claims to represent a quarter of the city’s cabs and they justify their stand by stating that the hybrids aren’t safe enough for use as cabs, which take a beating on city streets. However the judge in question, Paul A. Crotty, did not rule on the safety issues. He admitted to agree with the plaintiffs that only the federal government has the authority to enforce fuel efficiency standards.

As of yet out of the there are more than 13,000 taxicabs in NYC and only about 1,500 are hybrids. And Bloomberg vows to continue the fight till all the yellow cabs flaunt a green flag!
Source