Nissan to have contactless charging system for future electric vehicles 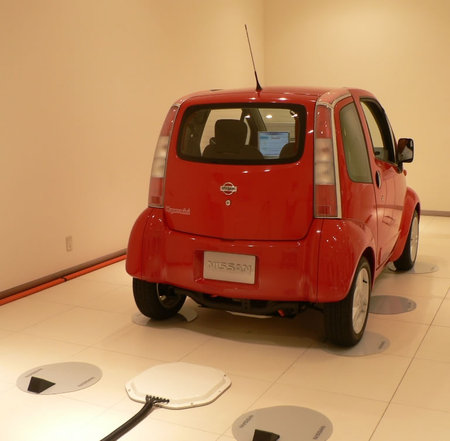 Nissan has been having various plans for the future in hybrid vehicles. Its most awaited model probably would be the Nissan Leaf which is expected to be out in 2010. Earlier this year they also had signed a deal with Aerovironment to bring hundreds of electric vehicles and charging stations to Washington DC. So they are keeping up with all the green boom and on that note I should add, for the Louis Vuitton fans that they were panning to give out free luggage of the brand while choosing to buy a diesel hybrid from Nissan! Yeah, it isn’t such a rude world out there… for the rich that is.
[Nikkeibp]