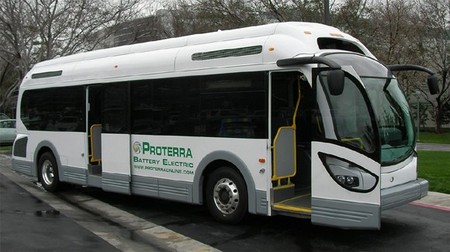 ’s mass transit system goes greener by the day and will be at its greenest by 2025. The entire bus fleet, about 1,300 of them in all, will go electric by the time 2025 looms. And if all goes as planned, Montreal will be the first North American city with an all-electric bus fleet. Currently, The Societe de Transport de Montreal (STM) awaits the arrival of 380 high-efficiency diesel buses, ordered to replace the old exhaust spewing aged ones. The city is also eager to add hybrids to its fleet in the near future. By the start of 2012, all the fleet additions will either be electric or hybrid, with electric bus testing beginning in 2011. These electric buses will be powered up by overhead wires, similar to trams, and will commute on the cities busy routes. By the year 2025, the cities 1,300 strong bus-fleet will be clean and green, with zero emissions. Other cities around the world should follow this sparkling green example by Montreal.
Source