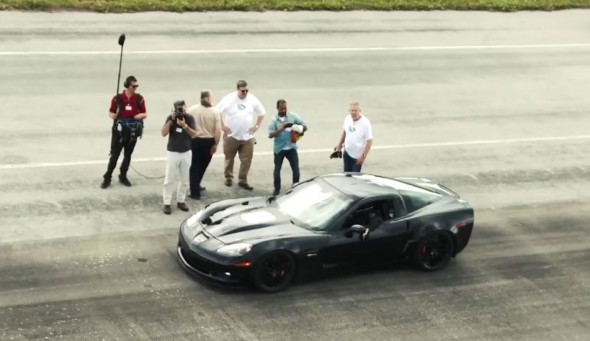 Genovation are known to breathe new life into the cars they touch. When they got hold of this 2006 Corvette Z06, they created the world’s fastest electric vehicle out of it. While the Tesla Model S P90D may have been an efficient 0-60 in 2.8 seconds machine, its top speed wasn’t a benchmark that was unbeatable as the batteries run dry over distances. That’s where Genovation checked in and created their very own Genovation eXtreme Electric or GXE. Believe it or not, this electric powered 10-year old car managed to reach a speed of 186.8 mph during tests! This takes the game to the rest of the EV market and even challenges the regular variants of the car.


The International Mile Racing Association acknowledged and recognized the effort and suitably nominated the GXE as the Top Speed Street Legal Electric Car. The company leveraged the light weight of the original Corvette and claims that the car now has a 50:50 weight distribution. It also drives up to a distance of 130 miles on a single charge, albeit, in normal driving modes and not drag racing.