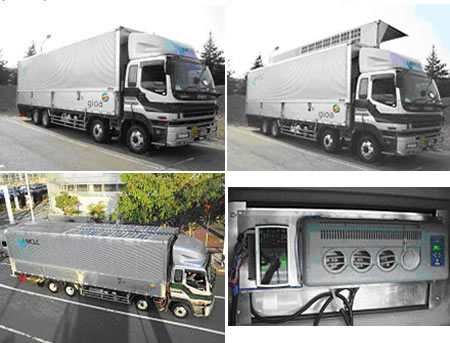 Mitsubishi Chemical has developed a technology to use solar cells for air conditioning in trucks to help reduce fuel consumption and carbon dioxide emissions. Mitsubishi Chemical released a 10-ton prototype truck with two types of solar cells to achieve a maximum output of 900 watts. A storage battery can be used on rainy or cloudy days. If the technology is introduced for all of some 1.4 million existing trucks in Japan, CO2 emissions may be cut by 1.65 million tons annually. Mitsubishi Chemical plans to commercialize the technology in 2012 after demonstration tests and is seeking to use it in passenger cars as well.
Via – [Fareastgizmos]