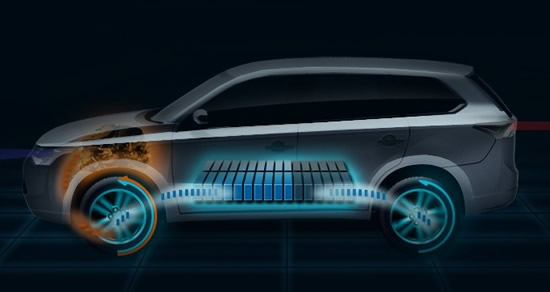 Mitsubishi has finally officially announced plans for a plug-in hybrid Outlander, the manufacturer’s first 4WD electric car in series production. To be unveiled at the 2012 Paris Motor Show, the plug-in Outlander is slated to be based on the ICE versions and will have three drive modes, all 4WD including the Pure (all-electric drive), Series (electric drive supported by a gas generator) and Parallel (ICE engine supported by Twin Motor 4WD)! With a total driving range of 800 km (497 miles) with emissions safely lying below 50 grams of CO2 for every kilometer, the plug-in hybrid Mitsubishi Outlander is bound to grab the limelight when released.