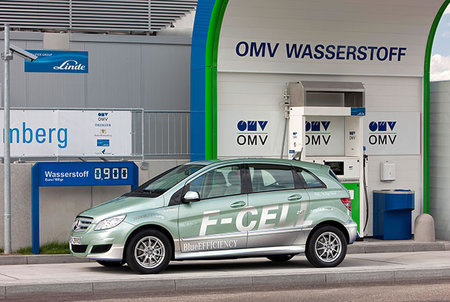 Since hybrid and electric cars are the new mantra for car makers, everyone is joining the bandwagon. Mercedes has announced that they will be beginning to build hydrogen fuel cell cars this fall and make it available for customers next year. It will be called F-Cell and will have 136 horsepower electric motor. The car will be under the B Class compact car platform. It will boast a top speed of 105 mph. once unveiled, you wouldn’t see every Tom, Dick and rich Harry driving these, the company plans to only limit production of 200 cars for the first run. They will only roll out more once cities inculcate hydrogen filling infrastructures. No price has been mentioned.
[Wired]