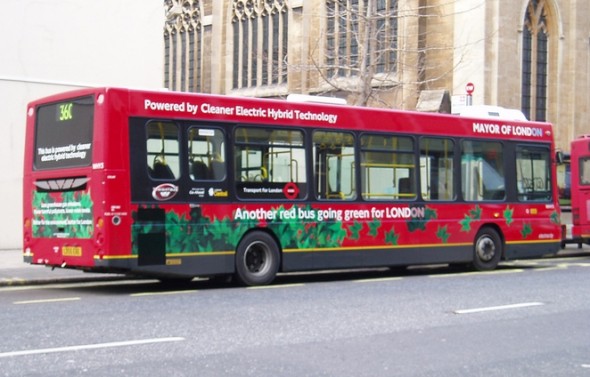 Here’s yet another reason to love London, the city gets its first all-electric mass-transit bus! Mass transit in the city is now sure to hit the highest green note as the authorities have begin putting out electric buses to do the rounds, with bellies full of batteries carrying clean juice. These buses will join the ranks of the hybrid and fuel cell buses that have been introduced in London a while ago and will help the city lighten its carbon footprint substantially. Chinese manufacturer BYD Auto predicts that the zero-emission buses will reduce running costs by about three quarters as compared to diesel-run vehicles.

These electric buses are capable of travelling up to 250km (155 miles) on a single four or five hour charge and are indeed an eco-friendly way to travel. Considering the fact that these buses can be juiced up using renewable energy, the entire idea of using electric buses to get people moving is a win! Up ahead, six more electric buses like this one will be introduced in 2014 and London will play home to about 1,700 hybrid buses by 2016!