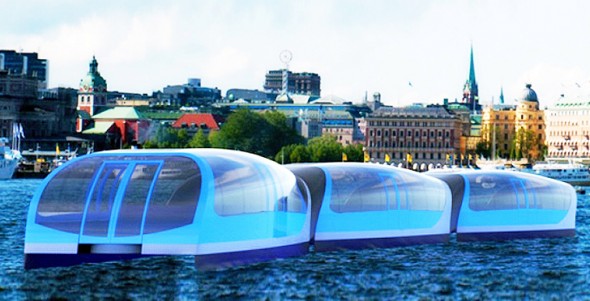 “Let the roads be packed with traffic. Hell, we’ll travel to work on water!” That’s probably what a massive chunk of Sweden’s population is currently thinking right at this moment, which is why researchers at Stockholm’s KTH Royal Institute of Technology have developed the Waterway 365 project. Simply put, the project involves the use of “water buses”, tram-like vehicles capable of traveling on water. The water buses will be used to transport people and bicycles around Stockholm’s waterways, helping folks stay away from gridlocked streets for a much quicker and energy-efficient means of transport.

Unlike the current water taxis that are being used, KTH’s project will “work as a subway or a bus, where you get on and off from the sides, instead of at the bow or stern.” The team hopes to make water buses that are energy efficient and eco-friendly, to further add a touch of green to this innovative mass-transit system.