Japan’s plans an electric car based on Sim-Drive technology 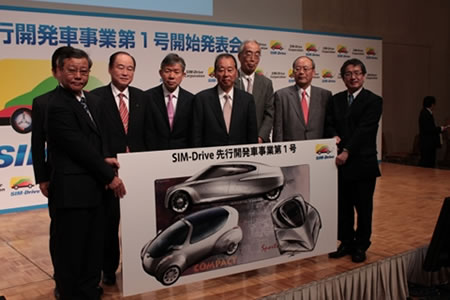 The year 2013 will see the launch of the newest electric baby from Japan, the Sim-Drive eco-friendly technology and the guys at the Keio University in Tokyo are looking for a suitable car to adopt it. The university will tie up with thirty four Japanese companies that will use this technology, including big shots like Mitsubishi and Isuzu that will use it in cars in the future. This collaboration will help create an electric car prototype by this summer that will be mass produced. Each of these 34 companies that are playing a hand in the project are shelling out $220,000 to get it up and running. The much awaited four-motor electric car that will eat up 300km on a single charge will finally see the light if this project works out as planned.

Around 100,000 cars based on the prototype will be produced and will hit assembly lines by the 2013. Let’s hope that things work out well and eco-friendly electric cars do away with the use of gasoline.
[CrunchGgear]