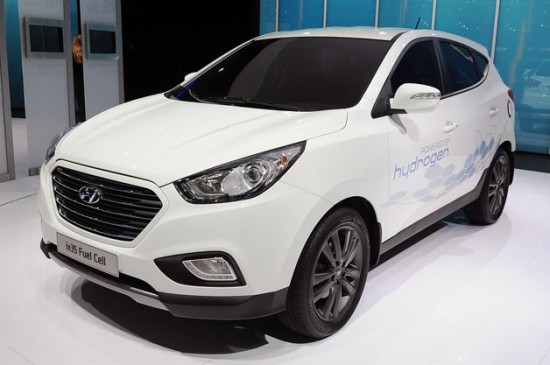 Hydrogen fuel cell vehicles have been a long conceived dream, though most of these developments have remained as concepts and eventually vanished. Hyundai however has given us nature-lovers a little more hope with this newly unveiled car, called the ix35. Crowned the first commercially available hydrogen-powered car that will hit the streets towards the end of 2012, this Hyundai uses a hydrogen fuel cell, giving out just water vapor from its “exhaust”. The car boasts a 365 mile range and is green as a leaf. The ix35 sports an acceptable top speed of 100mph, touching the 62mph mark in just 12.5 seconds. Hyundai has drawn up plans to launch 1000 of these vehicles, before beginning mass-production and having them roll out onto city streets.