Hydro Kultur Nios, the car that powers up using hydrogen 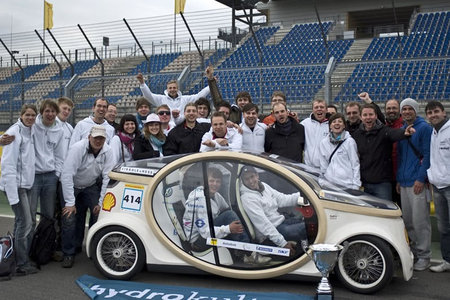 A group of students with help from their professors from three German Universities, the University of Art and Design in Halle, the Technical University Chemnitz, and the College of Further Education in Merseburg came up with an interesting car that was part of the 2010 Shell Eco Marathon in the “Urban Concept Cars” category. Christened the Hydro Kultur Nios, this car is a prototype hydrogen-fueled vehicle with an extremely light wooden frame, weighing just around 18.5kg. That’s just around 40 pounds. The entire car weighs around 400kg or 882 pounds.

The driver uses the front seat, while two passengers can sit comfortably behind, perhaps adopting the rickshaw concept. So how exactly do the wheels of this one spin? Using an electric motor, the car mixes hydrogen and oxygen in a stack of membranes and separators, with water as a byproduct. Imagine an automobile industry where a few drops of water is all that a “exhaust” pipe spews. Wouldn’t that be a green dream? 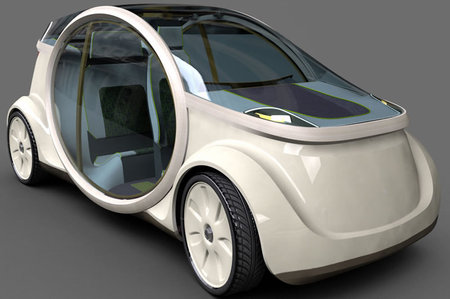 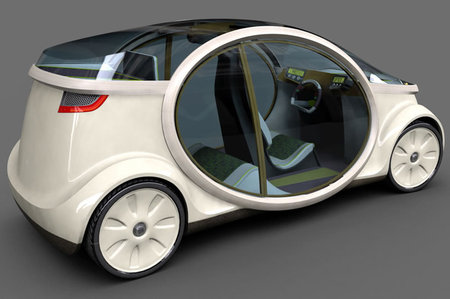 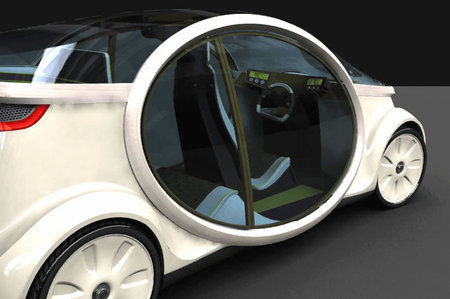