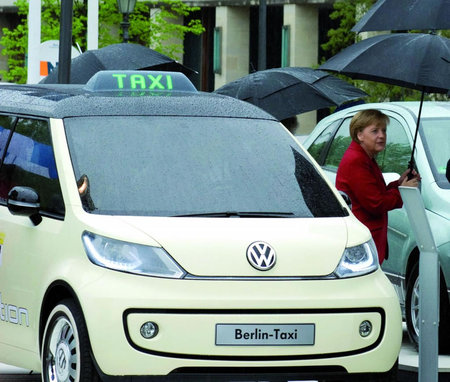 German automobile companies are quickly coming up with more and more electricity powered vehicles. Cars like these are popping out of Germany faster than ever before. German automobile companies like Volkswagen, Mercedes, and a few others are rolling out electric cars for a cleaner automobile industry in future. Mercedes came up with a sports car and the concept e-Wolf E-2 Concept showed up some time ago too, all part of German engineering.

Well, taking all this in consideration, it’s no wonder that Germany is expecting 1 million electric cars on-road by the year 2020. This goal was established as a policy last August by the Chancellor’s office, and Germany is trying its level best to do away with dependence on CO2 emitting carbon-based petroleum. Hopefully other countries have a few million electric cars to boast about too in future.
[Worldcarfans]