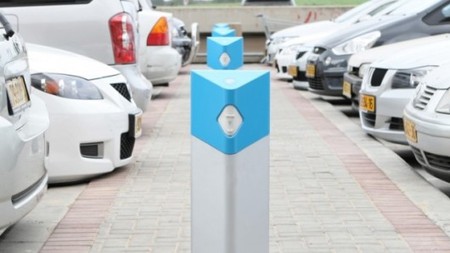 France unveiled plans to go electric, making it both possible and convenient for commuters in the nation to purchase and engage in the regular use of hybrid vehicles. Last week the French government announced that they would dedicate $2.2 billion dollars towards creating a large network of charging stations for electric vehicles. This new initiative will also require all parking lots to contain battery charging stations by 2015, and all new apartment buildings with parking lots to have them by 2012. France has set the timeline of 2015 for installation in offices and apartment building owners will have until 2012 to help convert drivers to a greener way of life.

The timeline for these charging stations couldn’t come at a better time for the nation either since according to Environment Minister Jean-Louis Borloo fleet operators from the public and private sectors have pledged to purchase 50,000 electric vehicles by 2015, creating an estimated total of 100,000 eco-friendly vehicles that will be driving on the roads of France by that date.
Via [Gizmag]