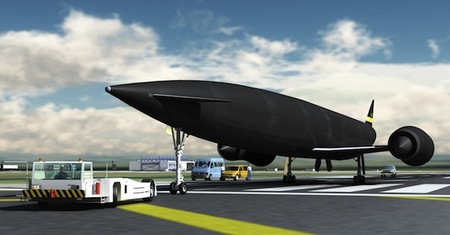 It’s black, it’s fast and it’s good enough to reach Mars. With a recent nod from the European Space Agency panel, the Skylon space-plane is all ready to hit the skies above. And what’s made us all so excited is the way this beautiful craft powers up. Unlike the iconic Space Shuttle that manages to burn a few million pounds of fuel every time NASA decides to send something up in space, the Skylon will instead fill its oxygen tank on its own, channeling oxygen from the air itself instead of having liquid hydrogen and oxygen fuel poured into it before taking off.

By extracting oxygen from the air and compressing it for its use all by itself, the Skylon won’t need to heave those extra pounds of liquid oxygen up into space, making this one a more efficient and cheaper way to get to the stars.
[Fastcompany]