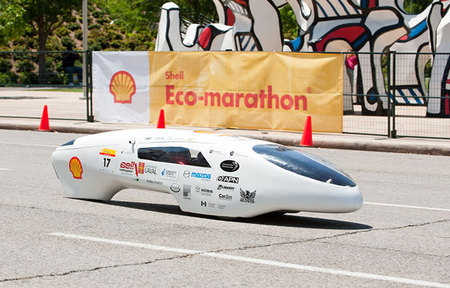 After stumbling across this one, all we could do is day-dream, wishing that the four-wheeler parked in our garage was as fuel-efficient as this. It sure will take a decade probably before our four-wheeled dipsomaniacs actually turn this eco-friendly. Built by the students at the Université Laval, this three-wheeled vehicle is one of the most fuel-efficient cars out there boasting a sweet 2,564.8 mpg with an average of 15mph. now maybe it isn’t all that comfortable as the saloon you’ve been driving all this while, though the energy-efficiecny of this one is enough to take a person’s breath away. Driving this around is a tight-squeeze though, and the car simply aims to use every drop of fuel poured into its tank, without paying too much attention to the driver’s creature comforts.

Maybe someday, our shiny black SUVs will probably be as fuel-efficient as this three-wheeler that’s left our jaws dropped right on the ground. 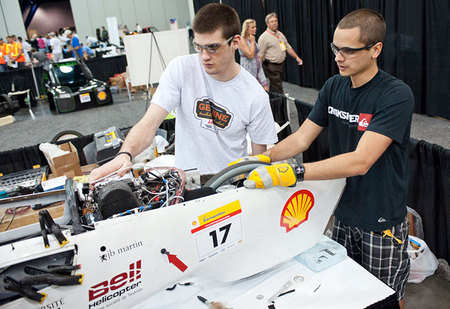