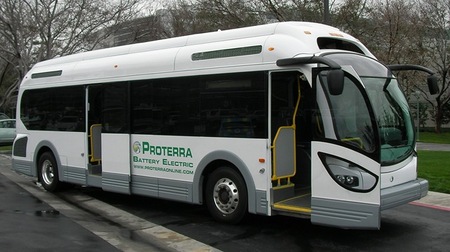 Southern California will now play home to three new electric vehicles that will do the rounds on the streets soon. We’re talking about three clean, green, electric buses, purchased by Foothill Transit, a public transportation agency serving San Gabriel and Pomona. The buses, EcoRide BE35 models, are all electric and can seat up to 68 passengers each. They charge up in just 10 minutes and will draw juice from two charging stations from Proterra. The buses, also by Proterra, are sure to grab hearts around, with San Antonio already planning for a fleet of its own. 12 more electric buses will be adopted by Foothill Transit later. The buses will be driven around an 8 mile long fixed route at speeds of anywhere near 12mph. this makes their behavior and energy needs pretty predictable, which is why just two charging stations will be set up for now.