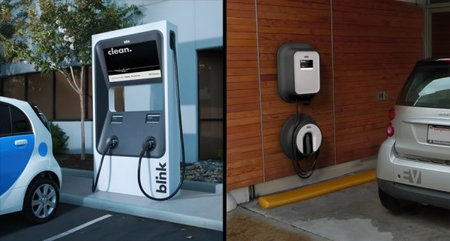 On of the largest electric vehicle initiative put together in the United States, the EV Project by Ecotality has gone bigger. Last July, the project spread over to Texas and is currently being added on to San Francisco Bay Area. The EV Project has now spread across 17 cities and major metropolitan areas in six states, besides the District of Columbia. 2,750 home charging stations and up to 30 DC fast-charge unit will be installed in the Bay Area region, most of which will be Ecotality’s Cisco-connected Blink stations. The project is funded partially by a $114.8-million grant provided by the U.S. Department of Energy. With that, San Francisco’s Bay Area will now have a lot more EVs than before, with buyers breathing a sigh of relief, and EV chargers being a lot more accessible.

A great job done by Ecotality, perhaps an initiative like this that spreads right across the United States could prove completely fruitful.
[Autobloggreen]