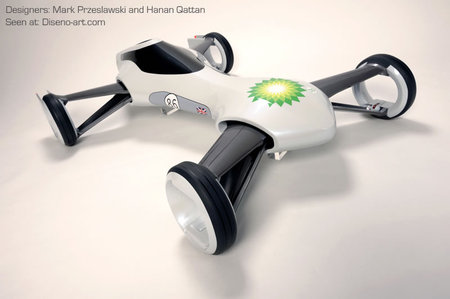 As part of their final year project, Mark Przeslawski and Hanan Qattan created an Electric Super Car concept. Both of them are graduates from Coventry University’s Transport Design Course, and while Przeslawski took care of the exterior styling, Qattan took care of the interior design. The project started with the aim to create a super car that is electrically powered and make less noise as compared to other super cars. This car design replaces the loud, raucous engine of a super car with a rather quite, potent and powerful engine driven by electricity.

The single-seat interior features the innovative ‘bionic weave’ structure developed by Hanan Qattan, which creates a unique capsule for the driver which offers maximum protection to the driver. This weave also moves and tightens around the driver during extreme turns and enhances the sensation of driving and aid performance. Even the exterior of this car is equally impressive. It has already been awarded the ‘Best in Show’ at the graduation show. It will also appear at ‘New Designers’ – a major design event held in London displaying the latest in cutting edge green design. 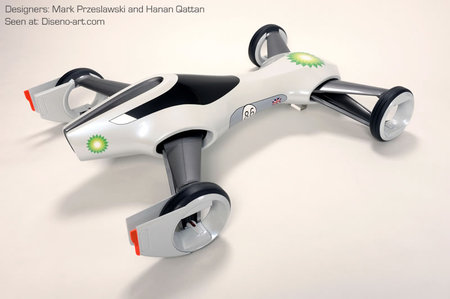