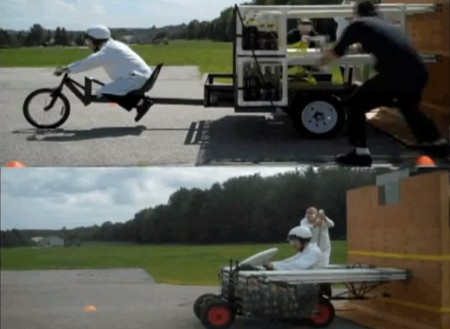 We’ve been flag-bearers of all that’s green and alternative-fuel-use has been one of those things we’ve been vocalizing. However, experimenting duo Fritz Grobe and Stephen Voltz seem to have taken the whole “alternate-fuels” concept in a slightly twisted way, with this little seriously-uneconomical contraption on wheels. Called the Mark II, the vehicle powers up with Diet Coke and Mentos, the mixture of which creates explosions. Using 54 bottles of Coke Zero and about 324 Mentos candies, which to us seems like a serious waste of edible material, this vehicle broke a record by travelling a distance of 239 feet, the longest ever to have covered by a vehicle powered with candies and soda!