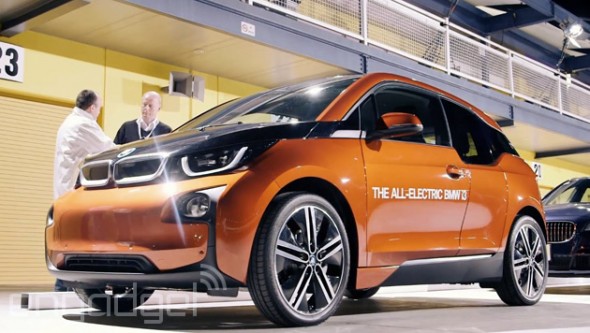 Streetlights are built for one purpose, to light up streets. Quite often, the potential of a streetlight isn’t completely looked at, making these infrastructural objects amount to nothing more than a public lighting source. BMW looks at it all differently though. The German automaker has unveiled a streetlight that doubles up as an EV charging station. Aptly christened the “Light and Charge” system, these units integrate a conventional streetlight with the ChargeNow stations.

The Light and Charge systems are currently being tested at BMW’s Munich headquarters and if all goes as planned, we could soon have some of these sprinkled around our streets! BMW hopes these streetlights will bring more electric cars on-road, replacing the current gas-guzzling breed that gets us around.