BMW to launch Megacity line of near zero-emission vehicle 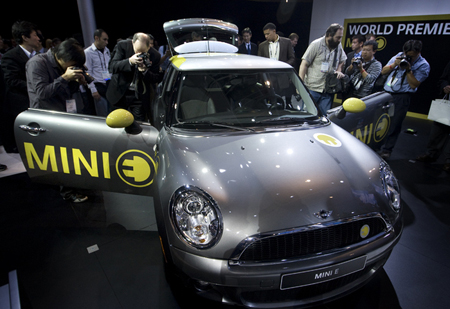 BMW is already rolling up its sleeves after recently launching its electric Mini-E. BMW tested a fleet of several hundred Minis to experiment with electric drive systems. Now it’s a line of near zero-emission vehicles called Megacity which will include electric and high-efficiency gasoline. This is part of the company’s project i, BMW’s campaign to develop low-emission city cars and a sustainable means of producing them. BMW chairman Norbert Reithofer said that this isn’t such huge news as it will take many years before electric cars become common on the streets as he said “electric cars do not meet all the different mobility demands and batteries remain expensive – the Mini will cost $850 a month to lease”.

BMW is working on improving in internal combustion engines to boost fuel efficiency in the short-term, with smaller turbocharged engines a possibility for M-models. It’s also looking at hybrids, with gas-electric versions of the 7-Series and X6 going into production later this year. Recently it had also launched the green supercar dubbed ZD 10 ED.
Source