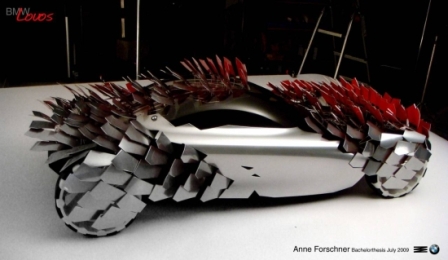 There are car designs and then there are radical designs you’ll never see on the road. Anne Forschner thinks that cars should mimic sunflowers in harnessing solar energy. The Lovos (Lifestyle of Voluntary Simplicity), the car is constructed from just one fully exchangeable part that recurs 260 times. Each of these pieces is covered in solar photovoltaic cells, which can be opened or closed just like fish scales. Anne has come up with a concept car, designed in collaboration with BMW, which mimics natural forms to harness solar energy.

The Lovos scales operate as airbrakes and move along with the sun to harness the maximum possible energy. In addition to the scales on the body, 12 scales are incorporated in each wheel. As soon as the car begins to move, they change their position to move into the wheel just like turbines. 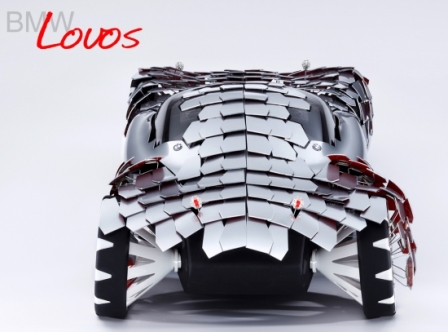