We’ve been advocating the use of electric cars since quite a while now and for good reasons. Though these might fall heavy on pockets in the beginning, vehicles that run on electricity are known to save up quite a lot in the long run. Efficient, easy to drive around with no engine noise and lesser vibrations, electric cars also keep hazardous gases out of the atmosphere. But those aren’t the only reasons that fuel our electric-car love affair. At times, we come across rides that can very well be passed off as super cars that run on electricity, just like the 50 Bluebird DC50 electric concept.

The car celebrates the legend of the men behind Bluebird, ﻿Sir Malcolm Campbell and his son Donald Campbell who set various land speed records decades ago. The car is swathed in the electric blue color usually associated with the Bluebird moniker and sports scissor doors, a 360-horsepower electric drivetrain and 200 miles of range on a full belly. More details of the car are expected shortly and we suggest you stay tuned for more. 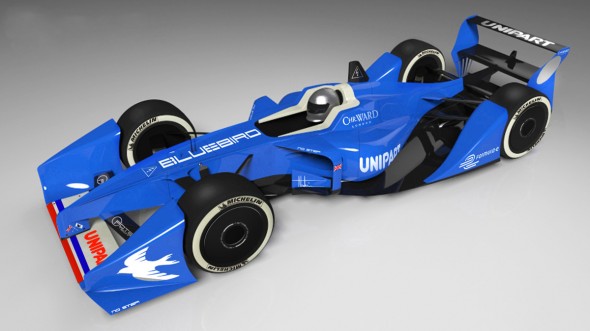